April 09, 2019
For four games and eight innings, the lineup was a stellar example of veteran experience conjoined with youthful recklessness. You could say it was my own beautiful baseball ménage à trois.

In case you're wondering, in that fantasy, I'm in the middle.

But just like all good things, Phillies fans found a way to be bitter. It's the first time since 1915 that the team started the season 4 - 0 and people were disappointed about losing the fifth.

I figured out what went wrong. I bit into a carrot that was so hard my ears rang for an hour. This is why you should stick with Twinkies.

My husband says I might want to take my medication.

My point is, the first two losses came in day games that followed night games.

I know the frustration. I've had day dreams about night things in the middle of the afternoon too. I know how distracting they can be.

Like the Game of Thrones final season premiere this week. I'm making a prediction: My husband will fall asleep.

He prefers The Last Kingdom. Nothing beats a show that features Utard, son of Utard.

The writers had to have some serious devotion to history to commit to that.

My husband suggests I google it.

Okay, I was close. The lead character is Uhtred of Bebbanburg, also known as Osbert, Uhtred son of Uhtred and Uhtred Ragnarson.

I still sense an overzealous devotion to history.

Also, in the category of people with too much time on their hands, try this epic Bryce Harper bat flip on loop for an hour.


That’s 60 minutes you’ll never get back.

While Rhys Hoskins continues to promote #Barreldelphia, Maikel Franco earned the 500th hit of his career.

And that's all you'll hear about it.

As I sat watching the first home game against the Nationals, I imagined what would happen if the camera... let's say... inadvertently zoomed in on a player's butt.

Then it happened. Seriously.

At first, I wondered what was actually in that Twinkie?

Then I thought someone jumped the rail and hijacked a camera. At least this time, I wasn't the one getting arrested.

But no. I pinched myself. This was real. While the television screen filled with pin stripes stretched tight, Tom McCarthy and Ben Davis discussed how Scott Kingery wears his fielding glove.

For reals? The camera had a close-up on Kingery's crotch and no one addressed his cup size?

This is why we need more women in sports. Or maybe Tom McCarthy's Twitter banner will prove my point:

Veteran reliever David Robertson lost his two-year/$23 million mojo in his first three regular season appearances. He was definitely on my naughty list. Then Gabe Kapler snuck him into a few games wearing a wig.

I'm kidding. The good news is we can stop whispering about him now. After a few successful innings, fans once again started referring to him by his birth name.

This is why it's helpful to have a nickname that rhymes with boo.

National burrito day was last week. There's a reason I didn't tell my husband. I draw the line on that "for better or worse" crap at refried beans.

He and I continued our ice cream road trip. Last summer whenever we mounted our Honda Gold Wing and headed for the Jersey Shore, we hit a local ice cream shop. On Sunday, we were lured in by the "homemade ice cream" sign at a locally owned store established in 1982.

It was so bad my disappointment level gave me a headache.

I haven't felt that level of pain since Seranthony Domínguez struggled through 15 disastrous pitches in the game two loss to the Twins. He walked a guy, hit a guy, threw two in the dirt and gave up a three-run homer. Now fans don't prefer him.

I know the feeling. My dog is selective too. The list of people she doesn't prefer is long and distinguished.

To soothe my pain, I watched Anthony Rizzo, Pedro Strop and the delicious ex-Phil Cole Hamels sizzle in this Scents of Wrigley Field meditation.


My husband says that's not a meditation, it's an obsession.

Or a distraction. I just now figured out they're selling cologne.

They had me at "So much dirt."

I subscribed to Facebook instant messages from the Sierra Club.

Out of guilt. It's not fair for them to ask if I care about the planet and my environment. 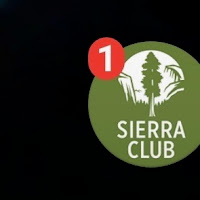 What am I, a republican?

In any case, the first message read, "When was the last time you felt awe?"

I knew what they were going for. I texted back: "When my kid put the ketchup back in the refrigerator."

They got back to me: "This is an automated post and is not able to reply."

I said, "That's the same excuse my kid uses and it won't work this time either, mister."

Easter is coming. Again. A decent guy dies a horrible death and three days later has to rise from the dead? After what he went through? It’s as depressing as that whole Cliff Lee saga.

Every year, I'm shamed into playing along with Lent by holding on to promises of chocolate bunnies and lame scavenger hunts. Honestly, when's the last time you were hanging around the house and said, "I'm definitely in the mood for an egg hunt."

Consider this: People pass on that to go bowling.

There's a new sheriff in town: Manscaped. It's the #1 men's below-the-waist grooming product.

I'd tell my husband about it but it'd take all the adventure out of trimming with scissors.

If he could do it himself, he wouldn't be on his best behavior for a week prior.

Or he'd be a hermaphrodite. I can't remember which.

If we're going for gender equality, guys would be shamed into enduring a Brazilian wax.

Dora the Explorer is getting a movie. Me, a living, breathing person (for the most part), can't find an agent but an animated character lands a leading role? Even her backpack has a Twitter account. For Pete's sake her monkey bought a house.

My frustration level is so high, I'm gonna have to put Scents of Wrigley Field on an endless loop.

Ahhhh, now that's what I call a manscape.

To read my Amazon five-star novel, The Revolution of Charlotte Smith, click here.
"Full of adventure and hairpin plot turns, this book will surprise you most by what it does to your heart."

The bad news is the Phillies dropped the first game of Spring Training. The worse news is, it was to the University of Tampa. I can honestly say I think the Phils were hoping that would go differently. Look on the bright side. Tampa is the No. 1 ranked team in the NCAA Division II. They easily edged out Taco Bell and Kentucky Fried Chicken for the spot. Maybe we can get a game against the Harlem Globetrotters? Or how about these guys: Donkey Baseball Interim and now possibly permanent club President, Pat Gillick, claims if the existing players stay healthy, a .500 season is attainable. In other words, our goal of mediocrity is well within reach. Speaking of Pat Gillick? Way to bring in new blood. What’s the problem? Wasn’t Kevin Bacon available? Bacon Made of Bacon I’ll be glad when the team is back in Philly. It’s embarrassing to lose to amateurs. Besides, I always get spring training confused with spring break. The former is when everyone who thinks they can score sho
Click here to read more »