Showing posts from March, 2019
Show all

Philadelphia Phillies: If Eight Years Seems Like a Long Time... 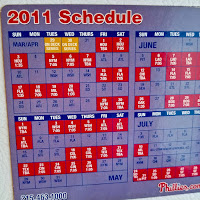 The world is awash with news so I thought I'd take this opportunity to give it a fresh perspective. Or to just get fresh.

Besides, waiting for Opening Day is as excruciating as watching my sister-in-law parallel park. We'd help her, but it's far more fun standing around yelling, "FORE!"

The big news is, four Phils have graced the recent cover of Sports Illustrated:

If this is the first time in eight years that the organization earned covergirl status, I have some advice:

Try getting married. The span between notable events will seem far longer.

Or it actually will be.

Back in 2011, the Phillies were also all the SI buzz. That's when the Fab Five: Roy Halladay (RIP), Cliff Lee, Cole Hamels and Roy Oswalt were perched atop the stout thighs of Joe Blanton.

That was the year Ruben Amaro, Jr. took the over/under on the Moneyball theory and lost.

That was the same year Mike Trout and Bryce Harper were #1 and #2 prospects, res…
2 comments
Click here to read more » 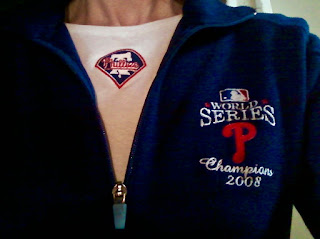 
Since then, the 330 Million Dollar Man caught heat from the Angels for publicly "recruiting" Mike Trout.

The whining was heard 'round the world.

The Angels threw out a strong term for what he did: "tampering."

I've been accused of that. If that's what you call it. And to take the heat off my new top pinup, in this post, I hope to make it vividly clear, this might not end well.

To make sure I effectively shield Harp from scorn, I've even drawn from past posts. This will emphasize a few points: You should take a spin through my archives and, just like Lady Gaga, I was born this way.

As Richard Branson says, "Be a disruptor." In a 1000 words or less, that's something he'll soon regret.
Caution: Speed hump ahead. 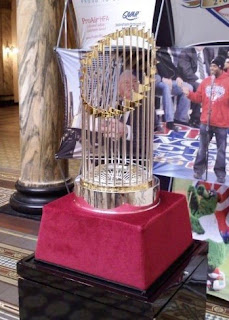 Now that Bryce Harper swiped right on the Phillies, the acquisition has created more buzz than the electric line that came down in another freaking area snowstorm.
By this time in Philadelphia, two things are evident: Punxsutawney Phil is full of crap and we need a distraction. That's where I come in. Since Harper has monopolized the headlines for weeks, it's time to make this all about me.
This whole ordeal had the makings of a Harlequin romance—tease you for 200 pages but never get you off. Until John Middleton tapped into his inner E.L. James.
I haven’t felt this level of enthusiasm since Hunter Pence crossed the Schuylkill with chicken legs. His signing excited me so, it was the beginning of the end of my contribution to Bleacher Report.
Hey, I did what I did because love came to town. Now I’m hoping Harp’s contract will be the start of something beautiful. I need new fodder and Broad Street is horny for another parade.