March 06, 2015
The bad news is the Phillies dropped the first game of Spring Training. The worse news is, it was to the University of Tampa. I can honestly say I think the Phils were hoping that would go differently.

Look on the bright side. Tampa is the No. 1 ranked team in the NCAA Division II. They easily edged out Taco Bell and Kentucky Fried Chicken for the spot.

Maybe we can get a game against the Harlem Globetrotters? Or how about these guys:

Interim and now possibly permanent club President, Pat Gillick, claims if the existing players stay healthy, a .500 season is attainable. In other words, our goal of mediocrity is well within reach.

I’ll be glad when the team is back in Philly. It’s embarrassing to lose to amateurs. Besides, I always get spring training confused with spring break. The former is when everyone who thinks they can score shows up and peacocks around the playing field hoping for a run around the bases. The latter is… well, you understand my confusion.

At my age, I’d be far more interested in what’s happening in Clearwater if the Snack Factory would cease making dark chocolate covered pretzel crisps. I’m a sucker for anything “crisp.” That’s because Google put “bacon” in it.

I don't make this stuff up.

My husband accused me of being crisp. And all along I thought I smelled like toast.

I think we’ve already established that.

Let’s practice optimism, shall we? Now that it’s next year, we can sit in anxious anticipation that the Phils will be a lot better than last year—something that will last until the All Star break when finger pointing will start and Ruben Amaro, Jr. will still be chastised for breaking Cliff Lee’s spirit.

That’s what they mean by "Never forget."

They should write that on the back of a wedding limo.

So maybe this year becomes next year too. Trust me, there’s always something you can put off until next year. Last year I did that with my Christmas shopping. Saved a fortune.

And next year my New Year’s resolution is to remember Lent. That’s the month where interestingly, just when we’ve reached the level of civilization where there’s ample access to everything, we have to give something up.

But it’s not that hard. There’s so much worthless crap. I could skip a whole grocery aisle and never suffer. Like produce. Or the “All Natural” aisle. When we can manufacture chicken nuggets out of man-made material, why do we even need food?

Besides, we should be doing more of this:


In any case, since I’m unwilling to give up my dark chocolate covered pretzel crisps for Lent, I could definitely stop smearing them with peanut butter.

I’ll switch to fondue. It’s so much easier to wear.

And to wash out.

Honestly, I don’t know why I have to sacrifice anything. I’m a Phillies fan. Isn’t that enough?

I wish my hair would sacrifice looking like crap. When I see people I say, “How does my hair look?” just to watch an expression build on their face that looks like an affliction.

My hair likes to defy everything. Just when nothing about it looks intentional, it will strive to look even worse.

Like our team. In the off-season, Jonathan Papelbon made it clear he wanted out. That will definitely work in his favor. Can’t wait to hear his entrance song. Bet it rhymes with Papelboo.

Chase Utley would have gotten a trade if the AARP started a team. And if they did, women would still flock to the stadium to enjoy his backside. They’d just need stronger glasses.

I prefer binoculars. From everywhere in the park. Hey, there are a lot of handicaps in the world. I simply haven’t found one yet that makes what I do legal.

Cole Hamels wanted an excuse to skip town. Seems as though, at this point in his career, he’d also like the chance to play for a winner.

Is it me or were these guys starters last year? I don't get it. Maybe we need to fill the dugout with this:

What’s the warranty on a trade anyway? The three guys who replaced Cliff Lee back when Ruben Amaro forgot why he had 257 consecutive sellouts haven’t performed as hoped. They all failed to achieve baseball immortality while Cliffy, the big red pin-striped hope, is wasting the last year of his contract (and possibly his career) with a team where players are scheming for an exodus.

This won’t feel so bad when they’ve all been married a few more years. That’s also a place where there are no returns. Next thing you know they’ll file for divorce just to sit next to someone who’s competent at arguing.

If history has proven anything, it's that next time they should trade for bacon. With enough crispy, smoked pork and aluminum foil, I could survive the Armageddon. And with the way things are going, it might just be me and the cockroaches sitting at Citizens Bank Park. Unless the Phils grease their palms with that crispy cured delight.

Wait. Maybe they already have. Check this out: 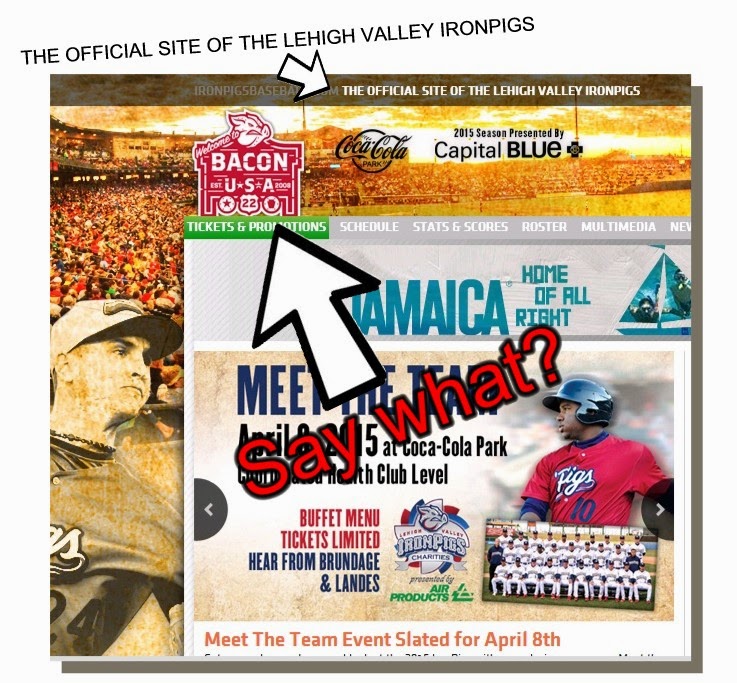 Even Comcast SportsNet is catching on: 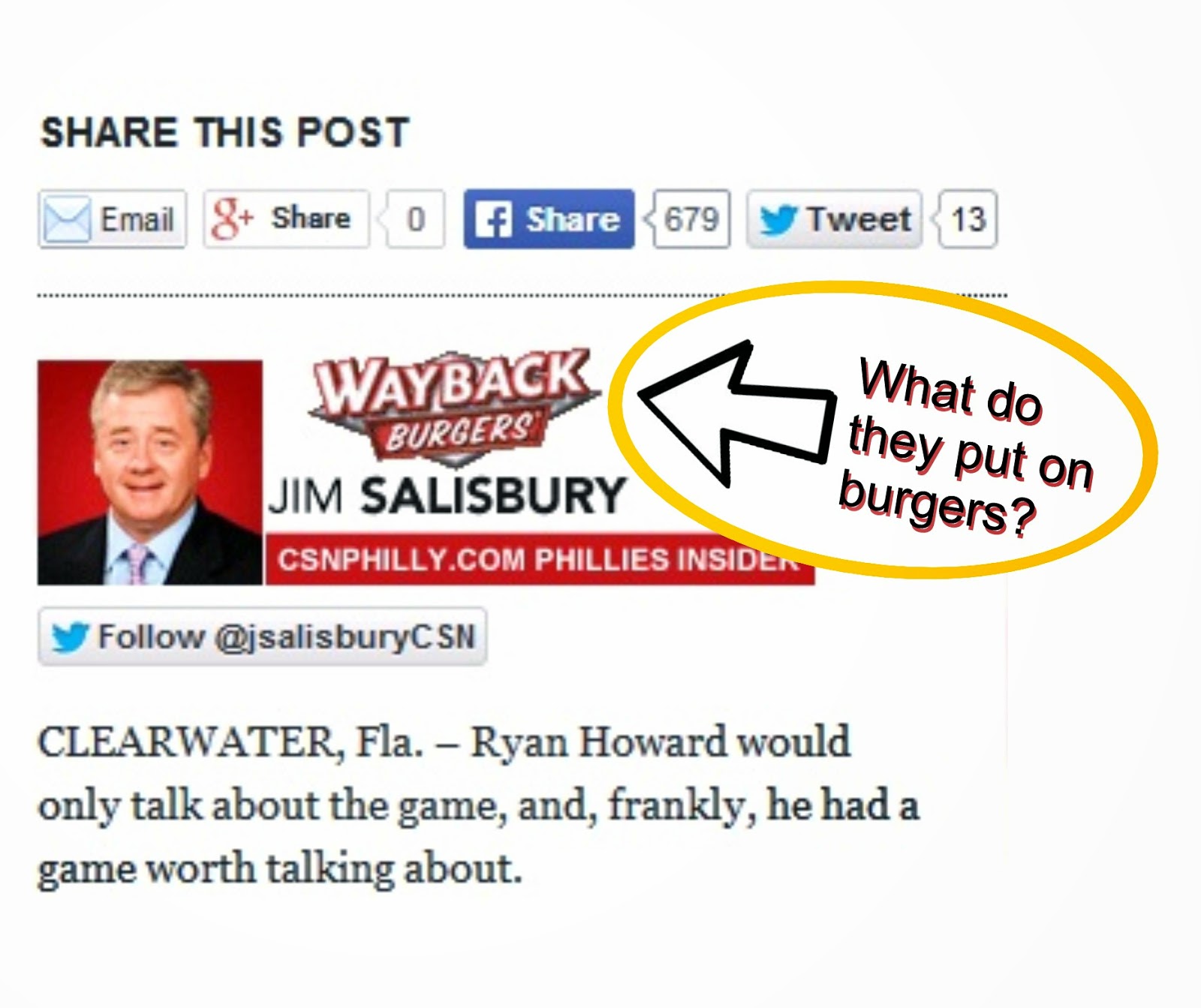 Phillies fans need to believe in something and it might as well start with America’s favorite nitrate-laced treat. Or maybe we need some new teams in the league to dilute the talent.

By the way, when’s the next expansion?

My husband says the day after I finish that bag of pretzels.

To read The Aliquot Sum, a novel by Cindy Falteich, click here.
It's written for the new-adult genre which means it's spicy. And it will soon to be major motion picture!